Have y’all been keeping up with the news? We’re in a weird and scary time where it feels like nothing is guaranteed. Despite a court order mandating family separation to stop, ICE is still doing it rampantly across the country. The Endangered Species Act was just severely weakened, putting thousands of animals at risk. And, half a world away, Prime Minister Modi revoked Article 370 of the Indian constitution, a 70-year-old provision that had given autonomy to the state of Jammu and Kashmir.

So what is Article 370? Why do I care? Why should YOU care? Go to any country in the world and you’ll find thousands of people who know exactly what’s going on in America, our government, our health system, and our media. In 2011 in France, people seemed to talk more about Obama than they were at the time in the States. In 2016, a man in South Africa told me to vote for Bernie Sanders because the world is watching. And he’s right. The world is watching – but are we watching the world? The answer, for the most part, is no. And that is why we should care. Americans are privileged enough to go into any country and find someone who knows everything about their culture, their politics, their identity. We don’t extend that same privilege to others here, nor do we expand our news consumption beyond that which affects us.

A way to circumvent this is to immerse ourselves in the food and literature of other countries, both of which are inherently political. I’ve always been fascinated by India, but before traveling there, I made it a point to read as many books by Indian authors or about Indian history. It’s been two years (today!) since I’ve visited the beautiful, confusing, and deeply spiritual country, but when I’m feeling nostalgic I love revisiting my favorite books and my favorite recipes. Two books I read that really stand out for me because of the beautiful prose and incredibly complex characters are The Far Field by Madhuri Vijay and The Ministry of Utmost Happiness by Arundhati Roy. At the center of both stories was the conflict in Jammu and Kashmir, what it means to be an outsider looking in, and how where we’re born can determine the rest of our lives.

Which brings me back to Article 370 and staying plugged into global news. Since 1947, Jammu and Kashmir has been at the center of the conflict between Pakistan and India that erupted when, after Partition, India (a predominantly Hindu country) claimed ⅔ of Jammu and Kashmir home to majority Muslims while Pakistan (a predominantly Muslim country) claimed ⅓ of Jammu and Kashmir that was home to majority Hindu residents. I’m by no means an expert, but through reading fiction by authors whose experiences were different from mine, I have some heightened concept of what’s going on in the world beyond my usual political arena.

This is all a long way of saying: be a better global citizen. Feed your mind stories (and news articles) from faraway places so that when you do travel, you are returning the favor that is forever granted to Americans. And while you’re feeding yourself stories, feed your body this drink I had almost every night while in India: haldi doodh, otherwise known as the increasingly popular turmeric latte. And my challenge to you? Take it an extra step further and read about how haldi doodh comes from the ancient Indian practice of ayurvedic healing, which existed long before western medicine existed and long before Instagram influencers started promoting it. And THAT’s the tea. 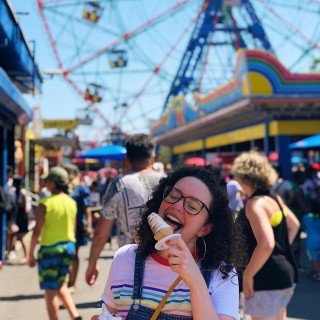 Hi, I'm Kelly! Welcome to Plated and Plated. Here you'll find recipes and lifestyle posts that live in the cozy intersections between sustainability, wellness, and comfort. We'll be exploring all the ways we can root ourselves in food that's good for your body and good for the earth, but also ways we can stay planted mentally through whatever life throws our way.